In Eve, Tajh Rust introduces a new series of figurative oil on canvas paintings influenced by the artist's experiences during his residency at Kehinde Wiley's Black Rock Senegal in Dakar. The title is a play on the word "eve", referencing the time of day (eve-ning), the beginning point of an observed event (New Year's Eve), or the name of the biblical character in the Garden of Eden. The various meanings of the word, each suggesting action, the anticipation of action, or the reflection on an action that has already taken place, conjures up a feeling of expectation for the viewer in each painting.

Tajh Rust captures a strong sense of the people he paints, paying attention to their surroundings - whether indoors, outdoors or in an unmarked context or background - as an elemental part of depicting his subjects. In the painting Tabasky, for instance, six women are gathered together in a living room. Three of them are seated on one end of a long couch and in conversation with one another, while two are at the other end of the couch with the last woman standing to the far right of the room smiling and overlooking the gathering. Two windows in the room open out to a sky blended in hues of blue, purple, orange, yellow and pink, suggesting the scene could be unfolding at dusk or evening time. This recurring allusion to motion and the passing of time invites the audience to bear witness to the idea of a much-awaited happening or event.

Tajh Rust (b. 1989) is a visual artist based in New York and New Haven and a 2019 MFA graduate from the School of Art at Yale University. Rust received his bachelor's degree in Painting and Film from The Cooper Union for the Advancement of Science and Art in New York and he was in the inaugural group of artists participating in the Black Rock Senegal artist residency in August 2019. Since 2011, Rust's work has been exhibited at galleries and institutions like the August Wilson African American Cultural Center in Pittsburgh, the Museum of Contemporary African Diasporan Arts (MoCADA) in Brooklyn, the Bronx Art Space, Rush Arts Philadelphia and Artspace in New Haven. 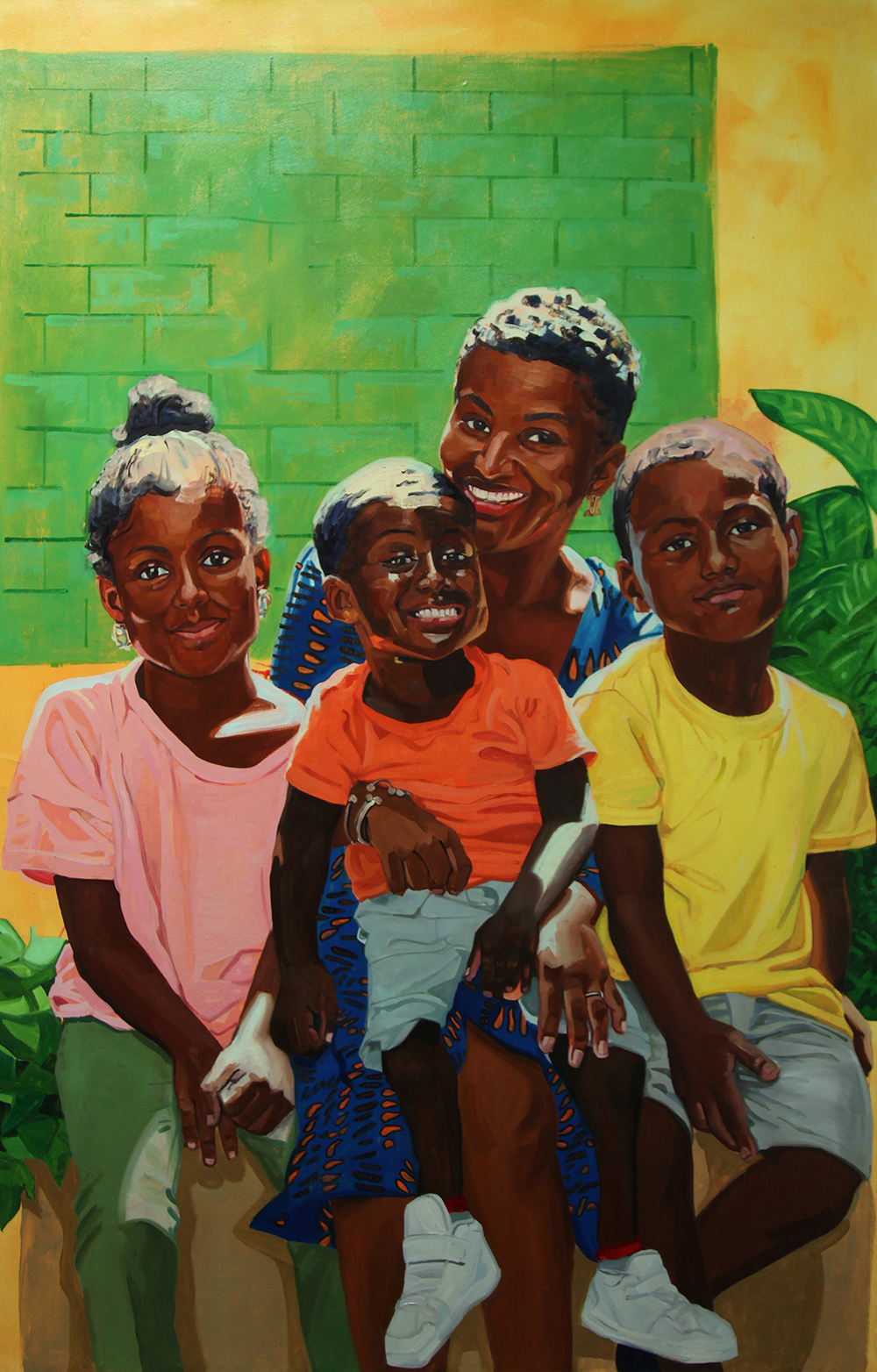 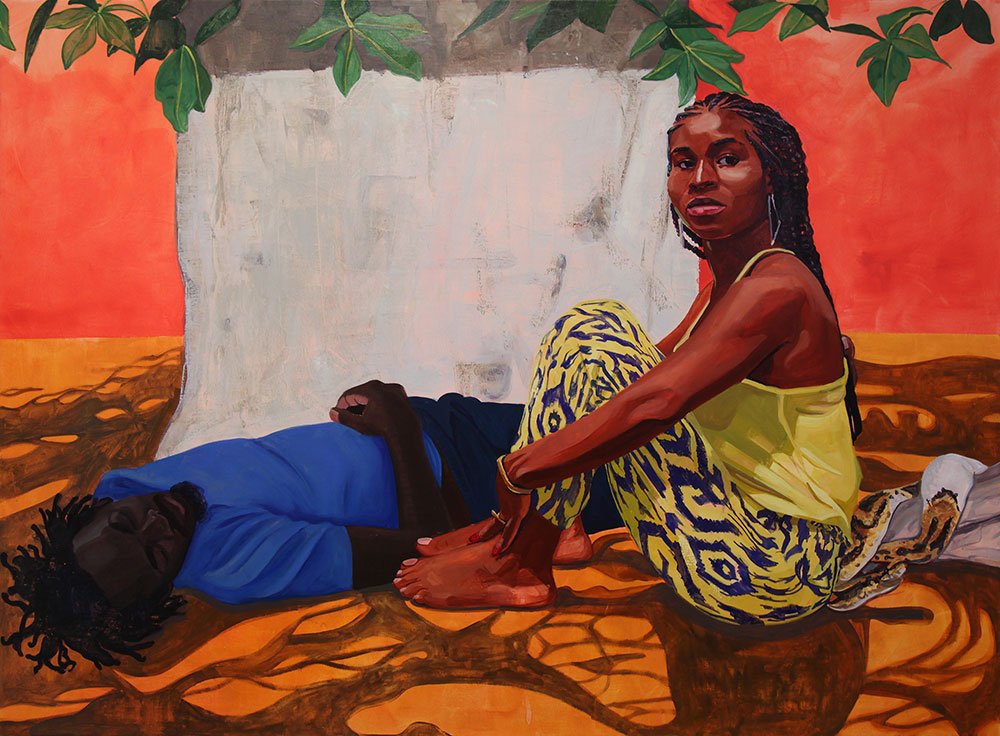 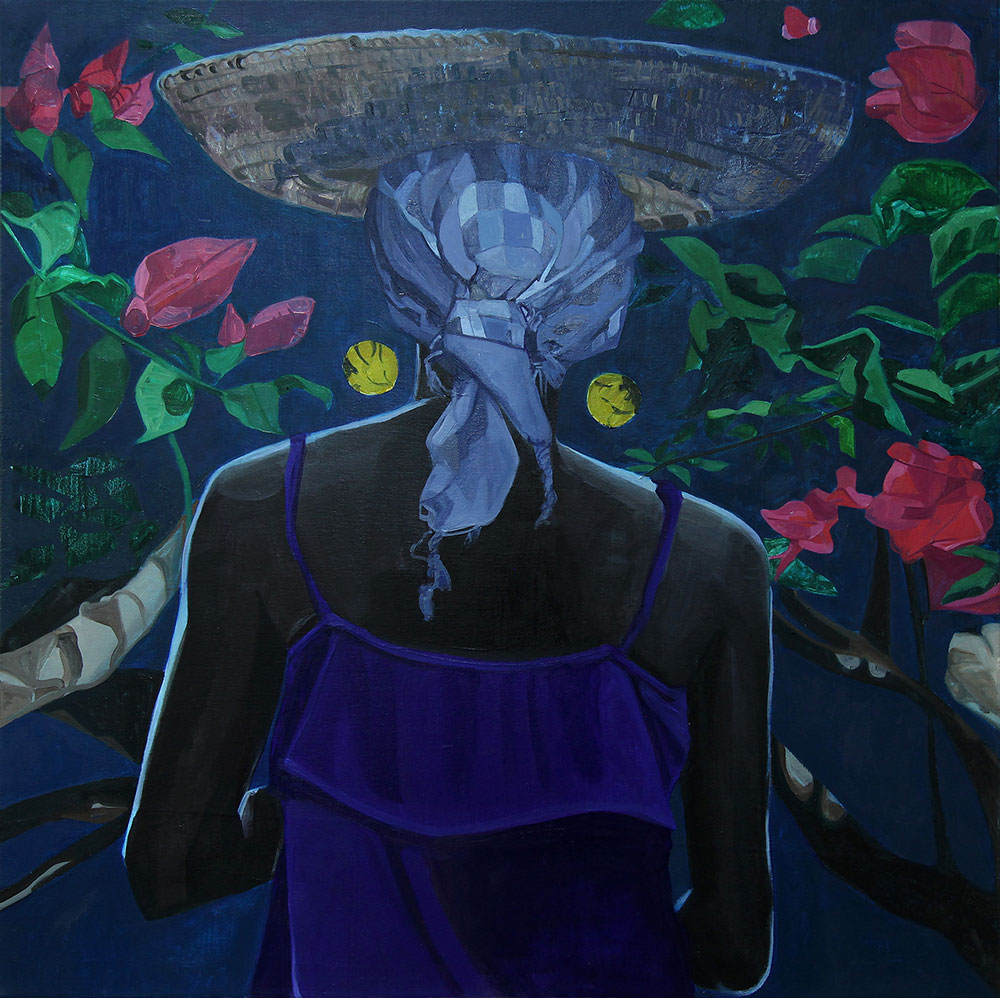 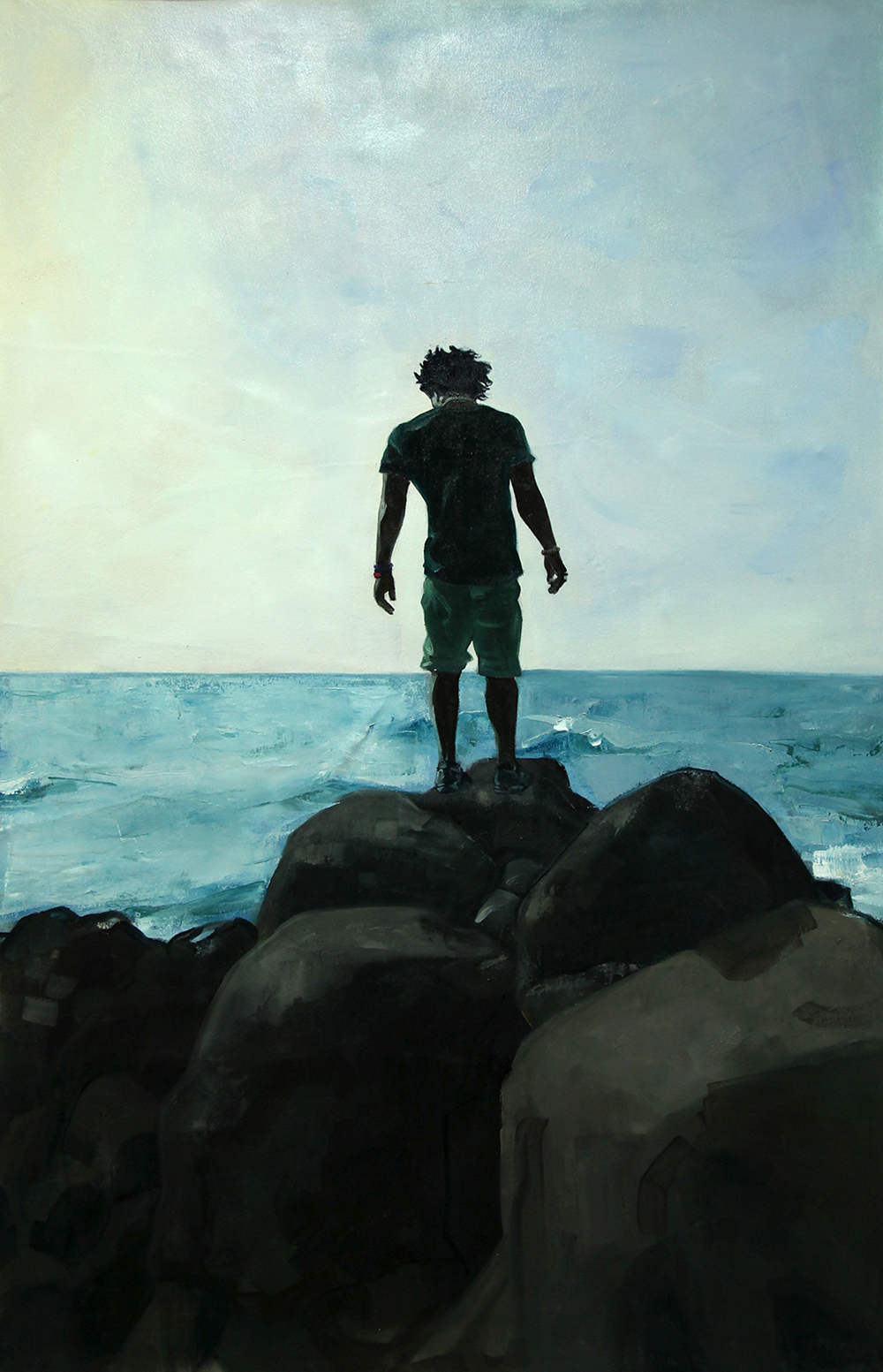 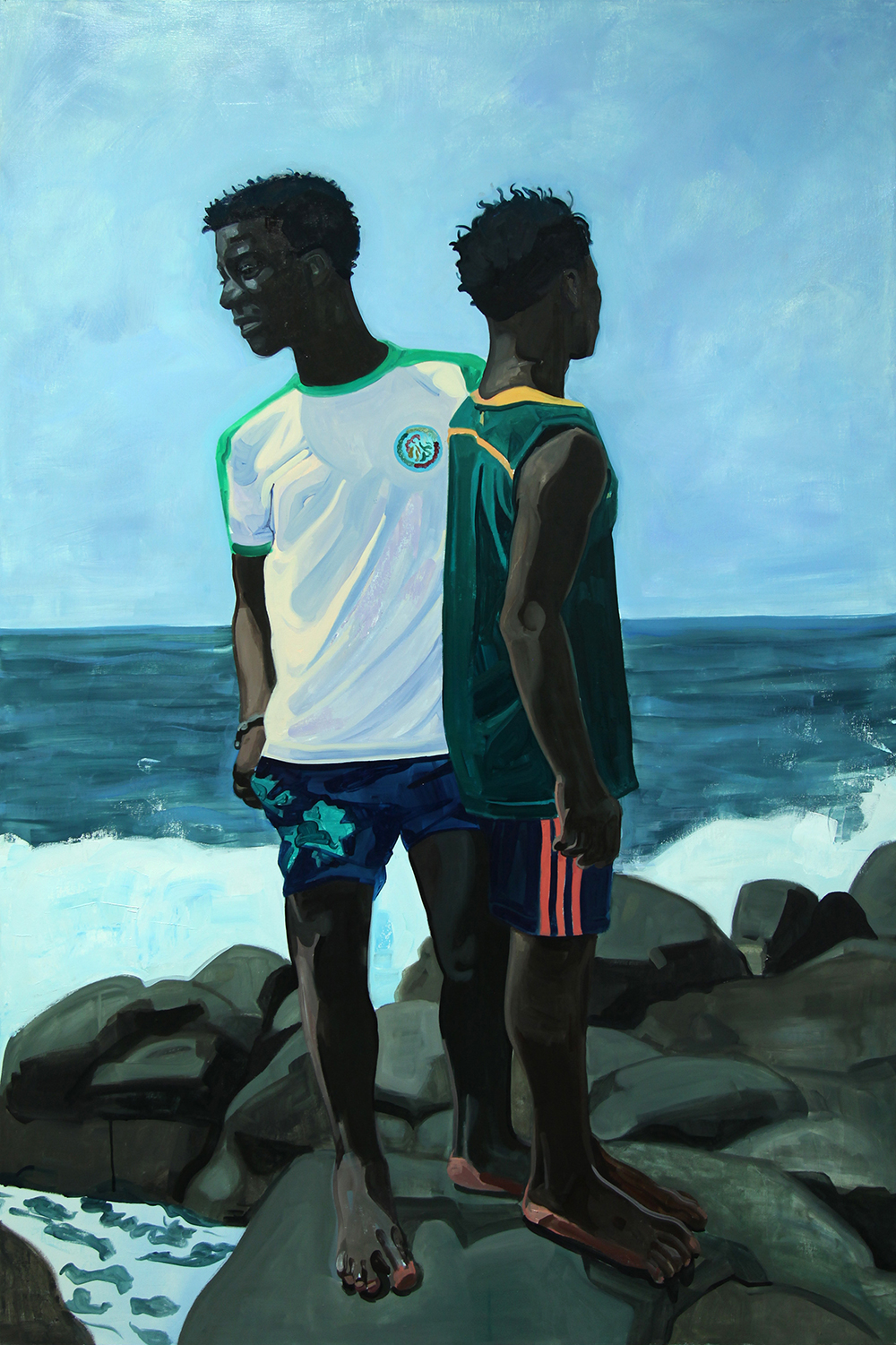 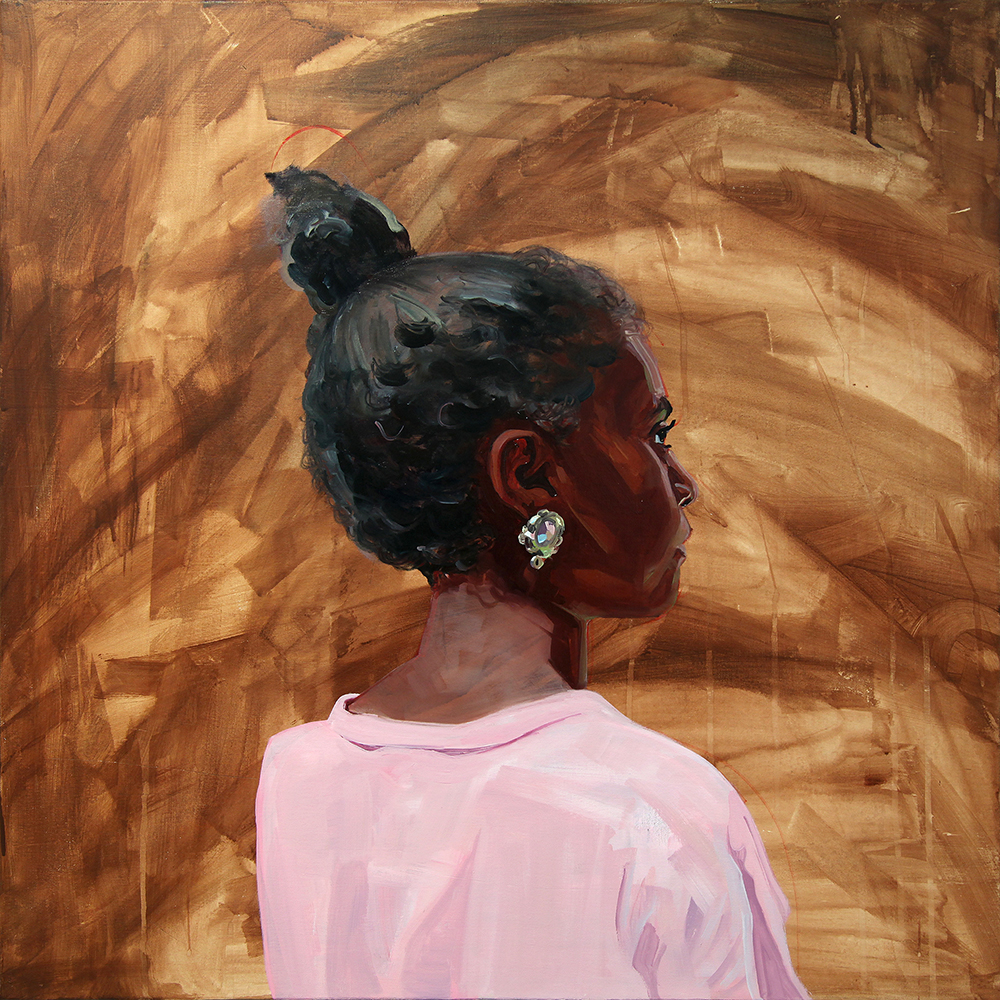 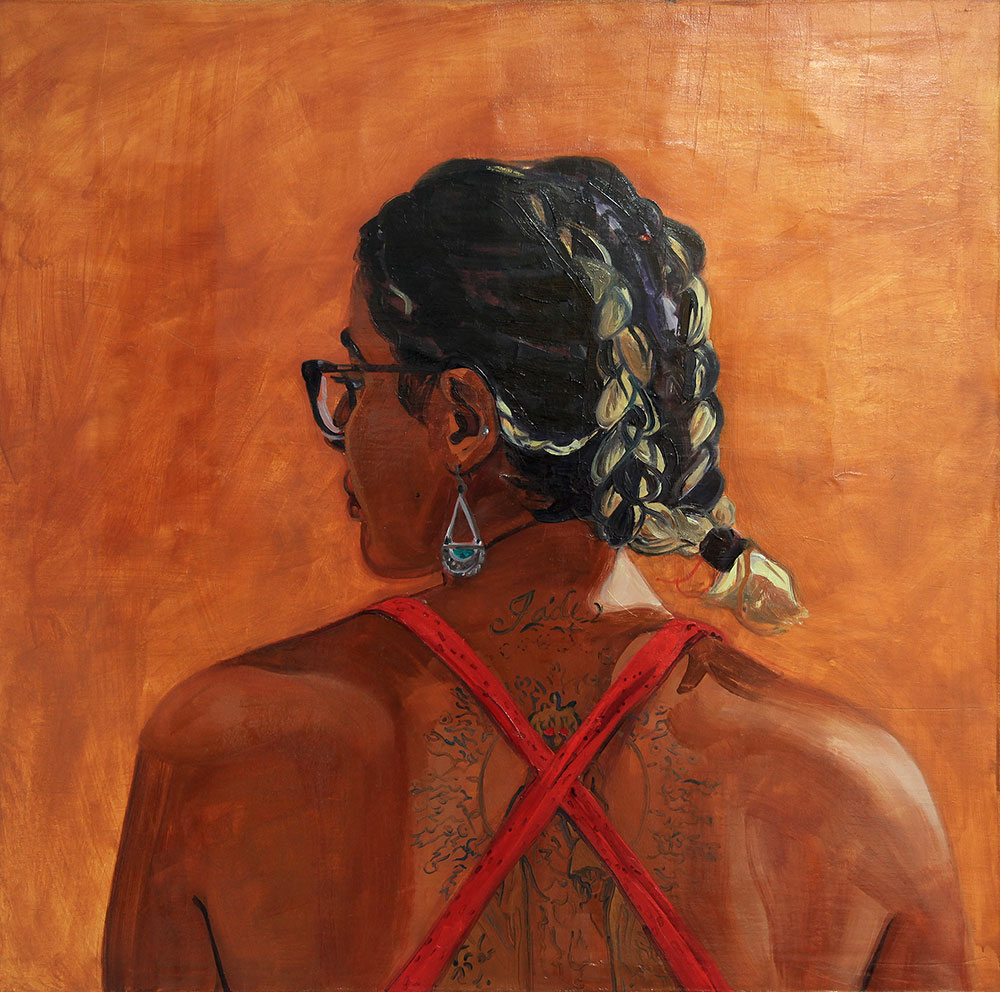 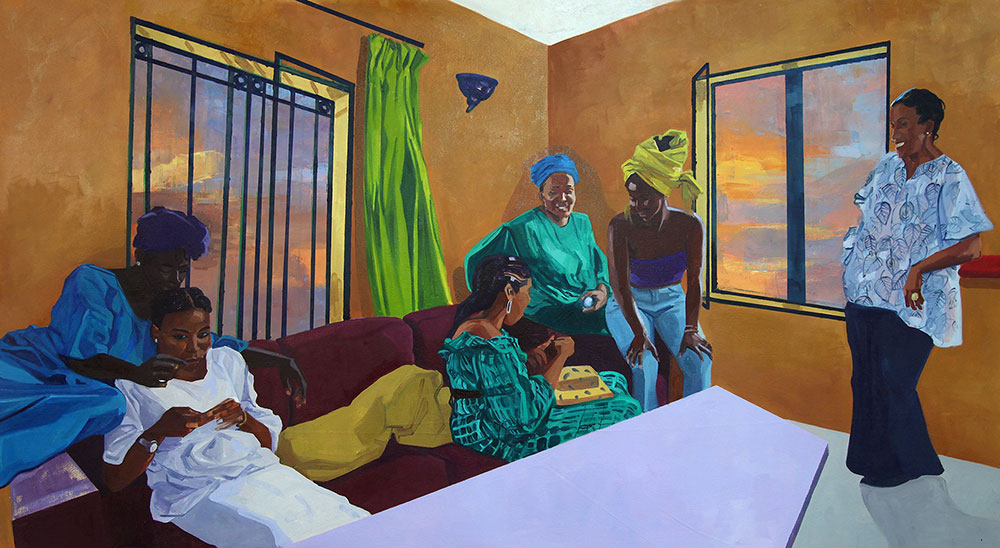