Kevin Demery is an artist, poet and historian whose work transverses painting and sculpture and explores the interplay between North American history, collective memory and signifiers of power. His painterly language invites us to move between the potent aesthetic of his paintings and sculptures to consider the recurring motifs of historical violence, surveillance and childhood trauma. Demery received his BFA from the California College of the Arts and his MFA from the School of the Art Institute of Chicago.

Prof. Zanele Muholi is a visual activist who tackles issues of race, gender and self-representation. Her high-contrast black and white self-portrait photographs are part of the award-winning "Somnyama Ngonyama" series in which Muholi aims to take 365 self-portraits to represent each day of the year that they live as a black person. Well-known for their advocacy work through photography, Muholi has been building an archive of testimonials for and with the LGBTQI community they are part of in South Africa. In 2009, Muholi was awarded their MFA from Ryerson University in Toronto, Canada and has since exhibited at art institutions around the world, inculding the San Francisco Museum of Modern Art, the Studio Museum in Harlem, the Brooklyn Museum, the Stedelijk Museum in Amsterdam and the Zeitz MOCAA in Cape Town. Their work is currently on view in the Central Pavilion at the Venice Biennale.

Lindeka Qampi started doing photography in 2006 at the photographers' collective Iliso Labantu ("the eye of the people"), spending the first decade of her photography career focusing on daily township life. Qampi's most recent self-portraits highlight healing in the process of opening up about sexual violence. Qampi approaches the topic from an insider's perspective, using photography to speak up and encourage other survivors to do the same in order to begin their process of healing. Her work is part of the collections of the San Francisco Museum of Modern Art and the University of Cape Town and her awards include the Mbokodo Award (2015) in the category "Creative Photographer" and the Brave Award (2016) with Muholi, acknowledging their outreach work.

Bambo Sibiya incorporates printmaking techniques in his practice, including the use of charcoal, linocuts and lithographs in his large-scale paintings on canvas. His two works in this presentation highlight individuals of South African mining communities, depicting them in moments of leisure and reflection. Sibiya received a certificate in Fine Arts from the Mbira School of Music and Art in 2000 and earned a certificate in Design from Benoni Technical College in 2005. He then trained in printmaking at the Artist Proof Studio (APS) in Johannesburg where he worked on large-scale linocut prints with artists like Norman Catherine, William Kentridge, Colbert Mashile and Diane Victor. His work has shown in solo and group exhibitions in Botswana, France, the Seychelles, South Africa, the United Arab Emirates and the United Kingdom.

Adejoke Tugbiyele works with a diverse range of materials including wire, natural fibers, fabric and wood to create intricate sculptures. Her works are charged with symbolic meanings that bridge and layer historical, cultural and political ideas around race, gender and sexuality with that of class, economy, sex-politics and religion. In the monumental sculpture "Drama", Tugbiyele creates her interpretation of "the modern African lady" as she engages ideas about matriarchal forms, systems and strategies in response to patriarchal frameworks, blurring the lines between the dual nature of masculinity and femininity. An award-winning, queer, black artist and advocate based in Johannesburg, Tugbiyele received her Bachelor of Science degree in Architecture from the New Jersey Institute of Technology in 2002 and her M.F.A. from the Maryland Institute College of Art in 2013. 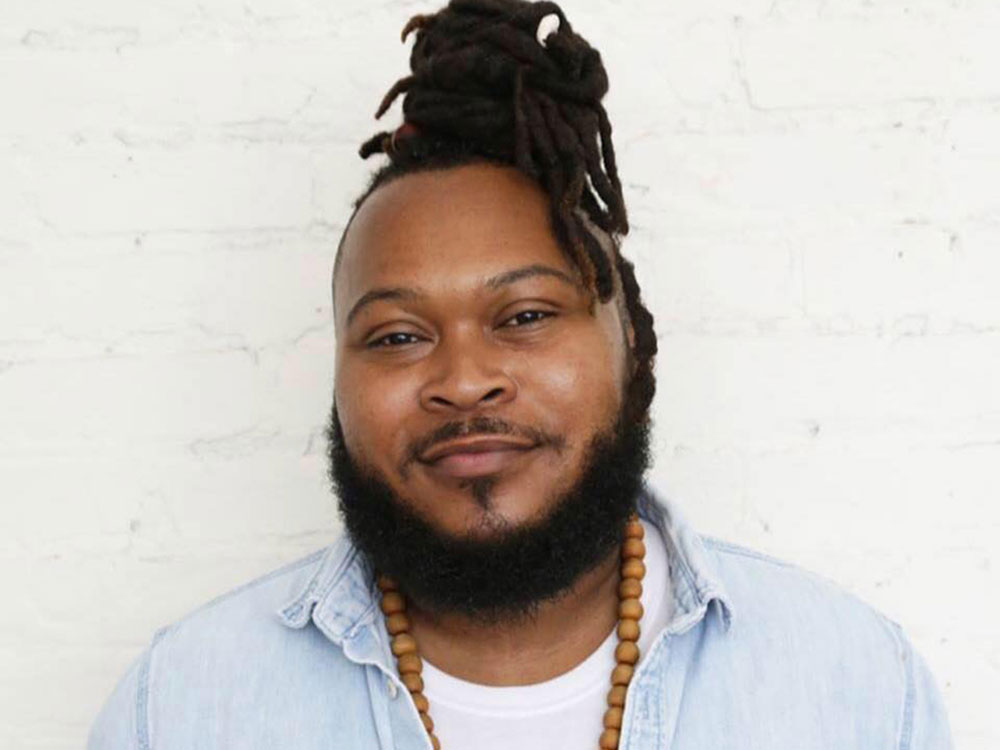 Kevin Demery's work transverses painting and sculpture to explore the interplay between U.S. history and signifiers of power, inviting us to move between the aesthetic of his work and motifs of historical violence, surveillance and childhood trauma. He received his BFA from the California College of the Arts and his MFA from the School of the Art Institute of Chicago. More... 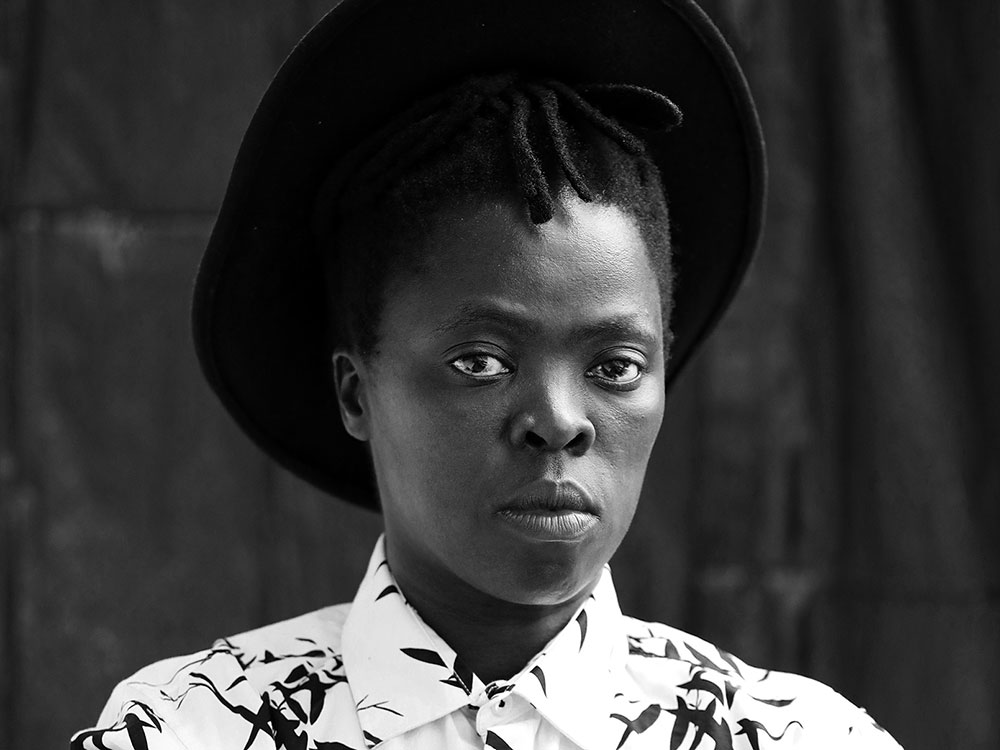 Prof. Zanele Muholi is a photographer and visual activist whose work primarily deals with race, gender and the importance of self-representation. Muholi puts a particular focus on portraiture and using photography to archive, raise awareness and champion human rights, actively denouncing homophobia, racism and gender-based violence. 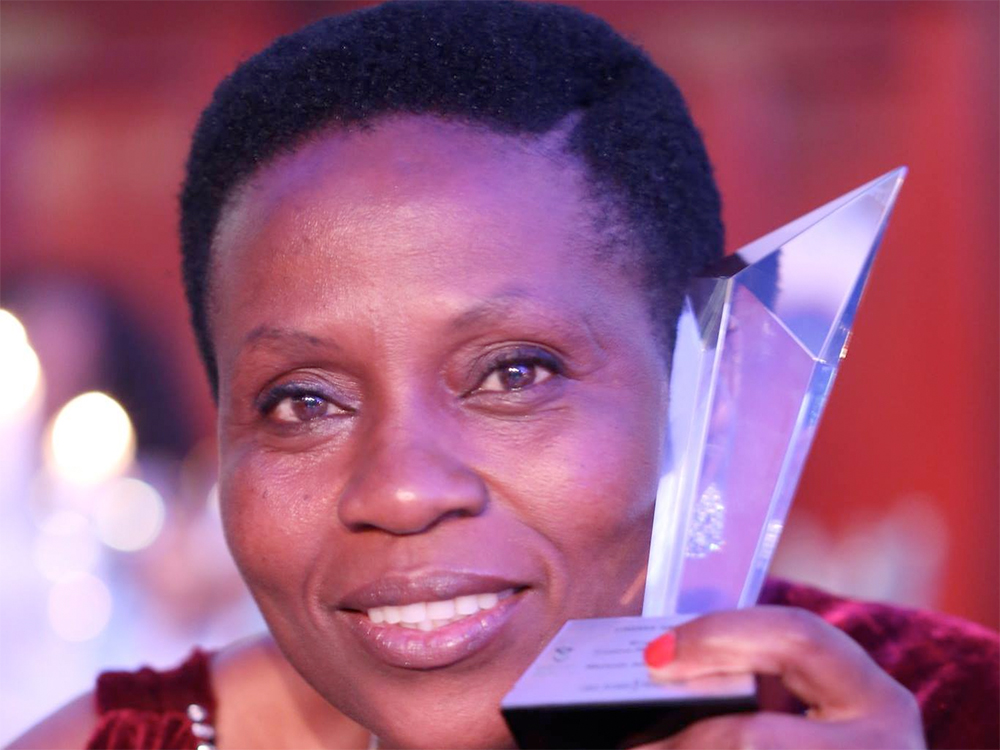 Lindeka Qampi is a photographer and human rights advocate whose work at Sakhile&Me addresses gender based violence and advocates for fellow survivors, particularly young girls who may not yet have the courage to speak out. Qampi uses self-portraiture to confront, raise awareness and administer self-healing through photography. 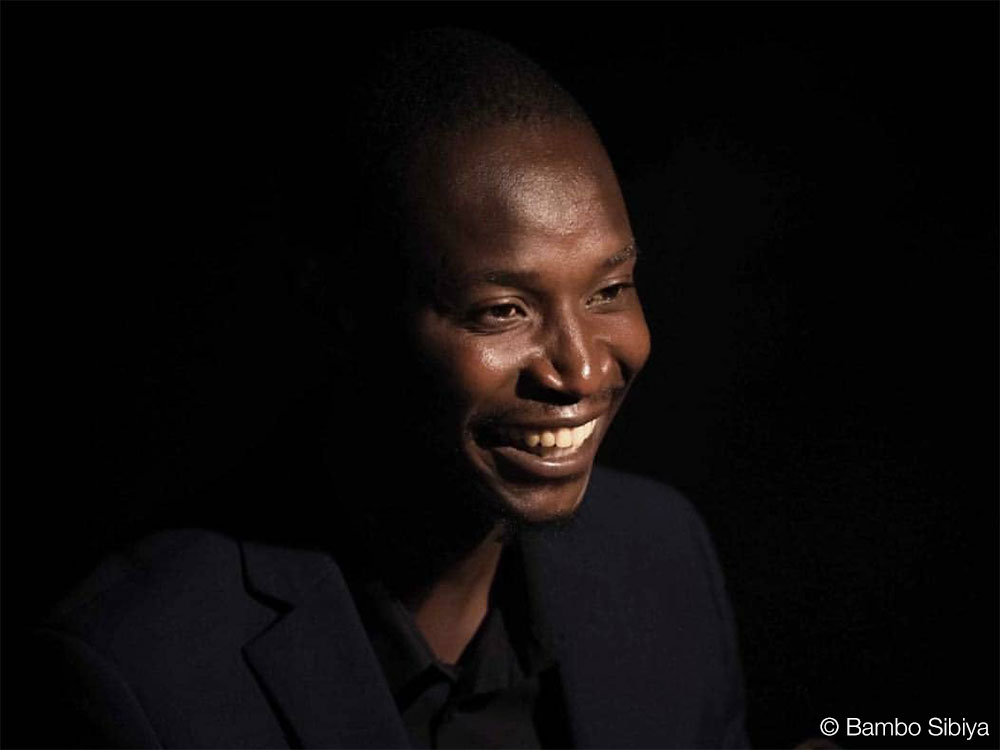 Bambo Sibiya is a South African artist who lives and works in Johannesburg. Working with charcoal and acrylic paint, Sibiya creates large-scale portraits of people from migrant communities, particularly coal miners, often depicting them in moments of leisure. He received a Certificate in Art and Design from the Benoni Technical College in 2005 and has trained at the renowned Artist Proof Studio in Johannesburg. 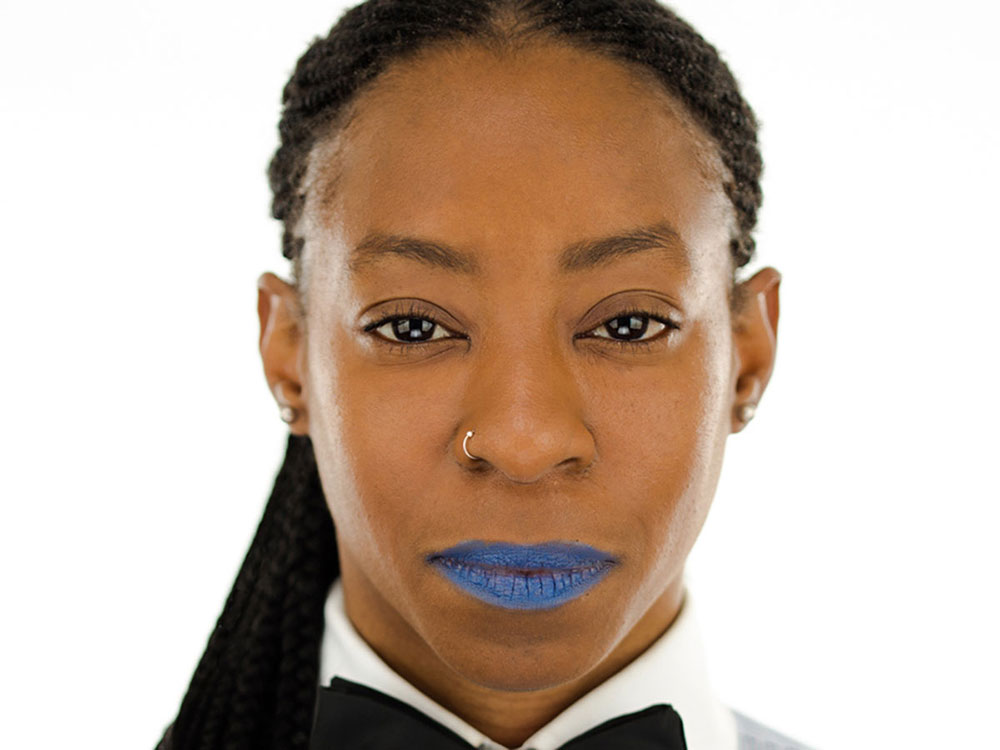 Adejoke Tugbiyele is an award-winning artist whose work explores LGBTQ human rights issues and her own identity as a queer woman of Nigerian descent. She has received degrees from the New Jersey Institute of Technology and the Maryland Institute College of Art and her œuvre encompasses sculptures, paintings, drawings, videos and live performance. Tugbiyele lives and works in South Africa. More... 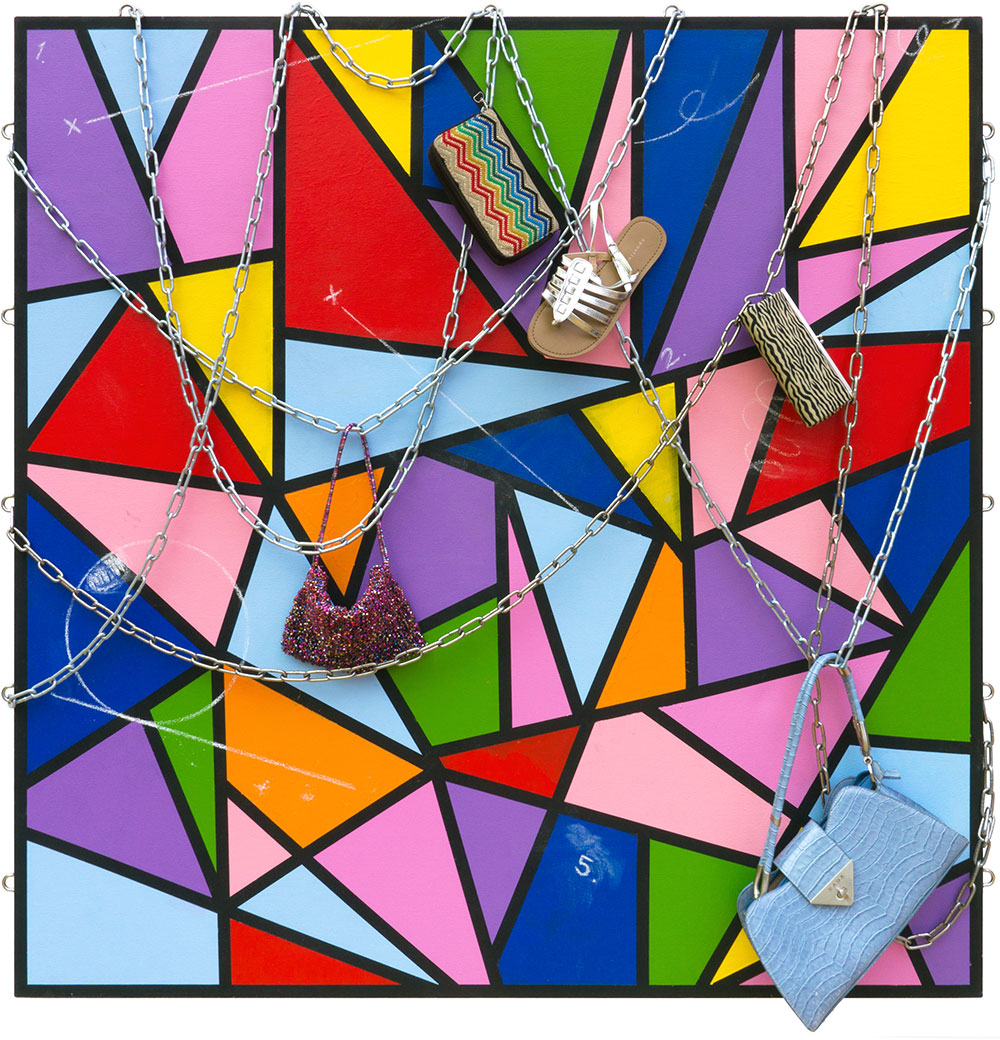 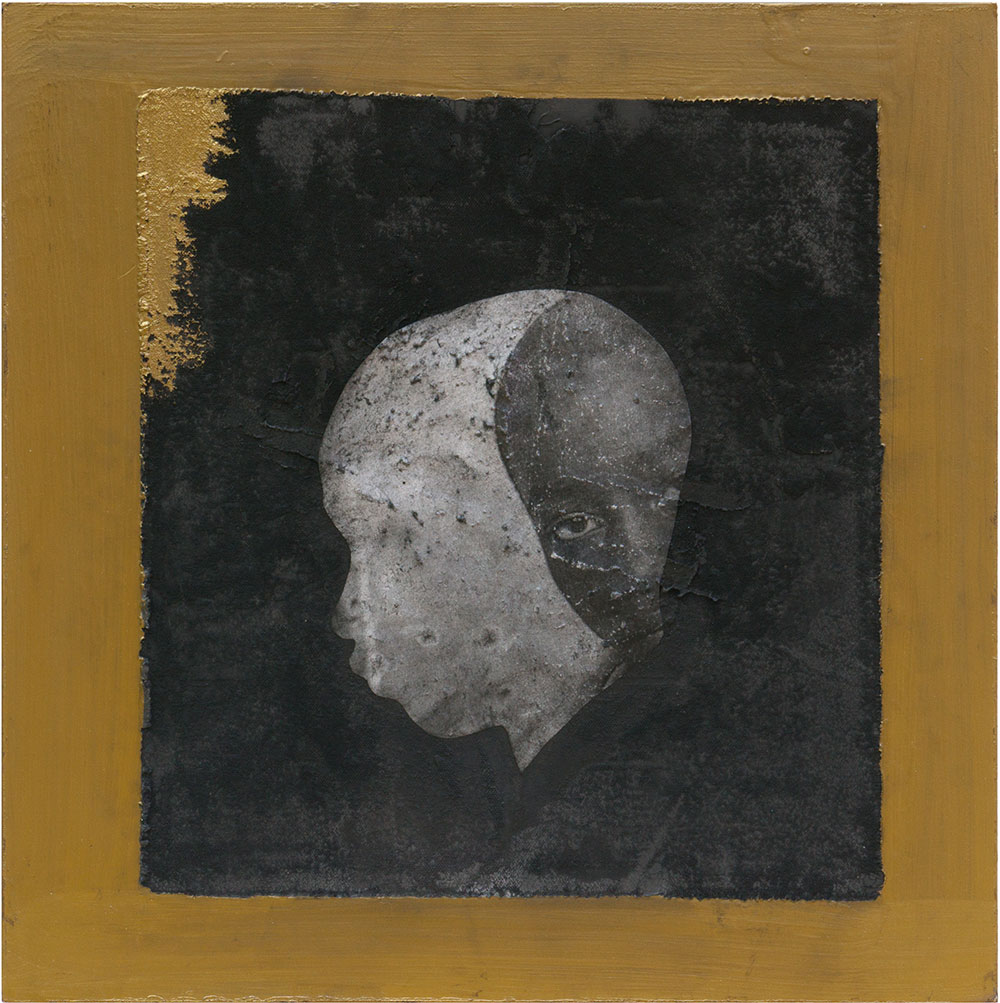 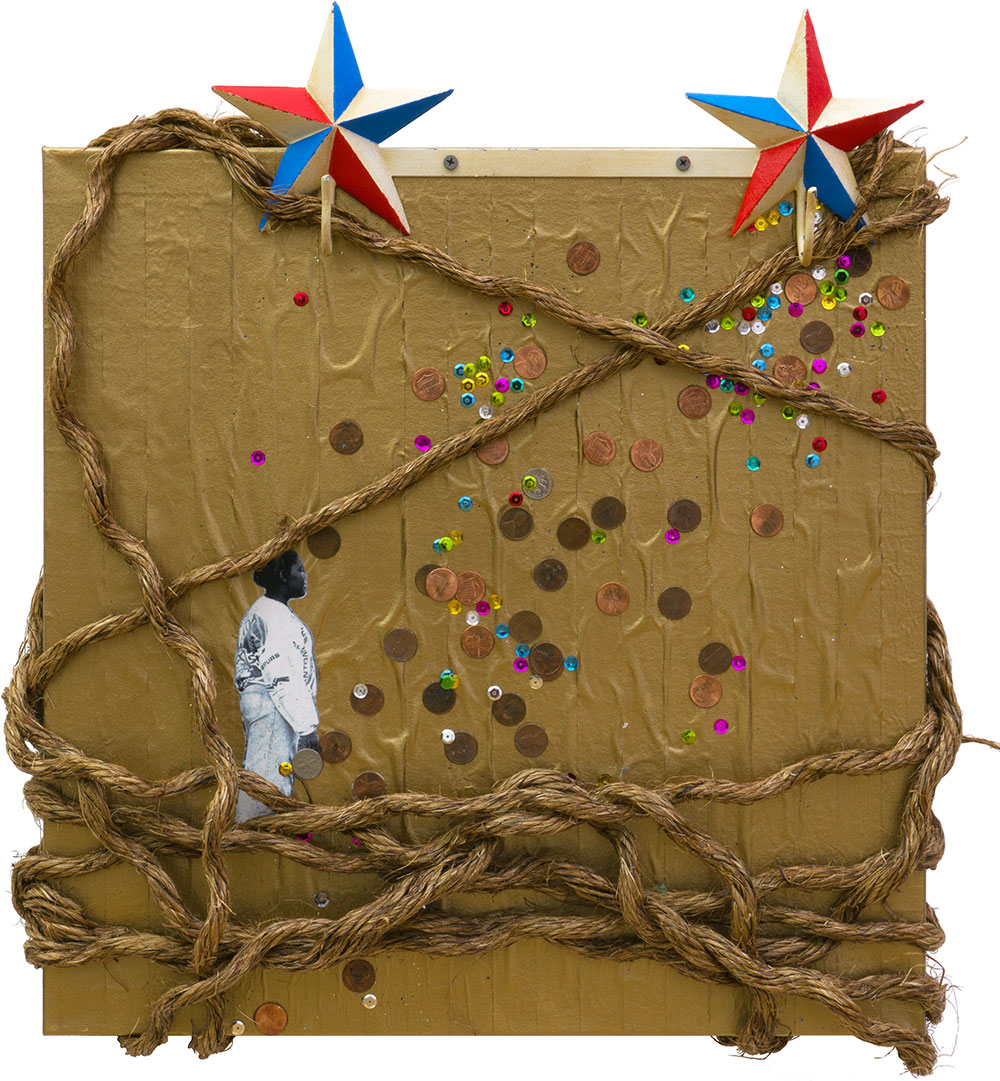 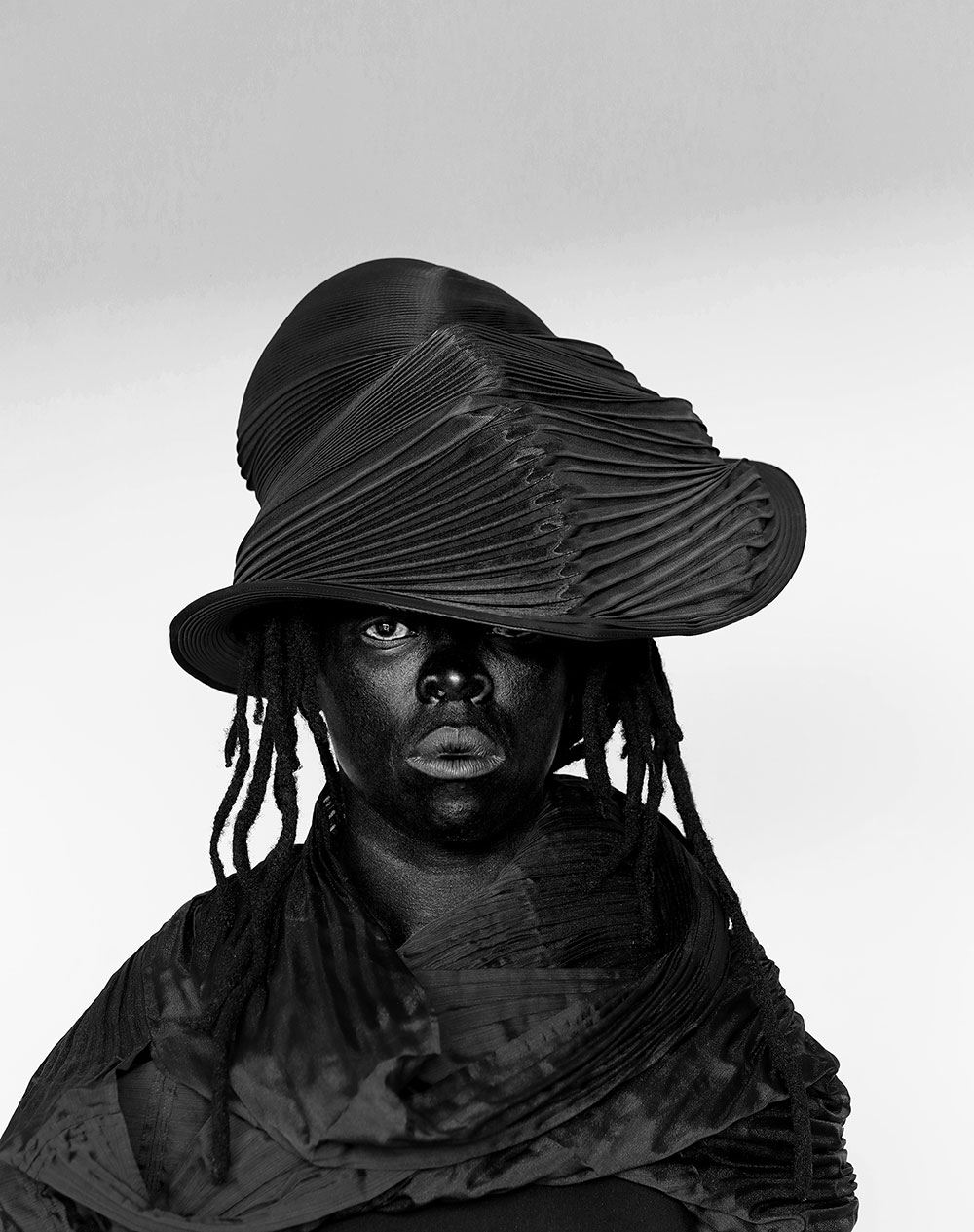 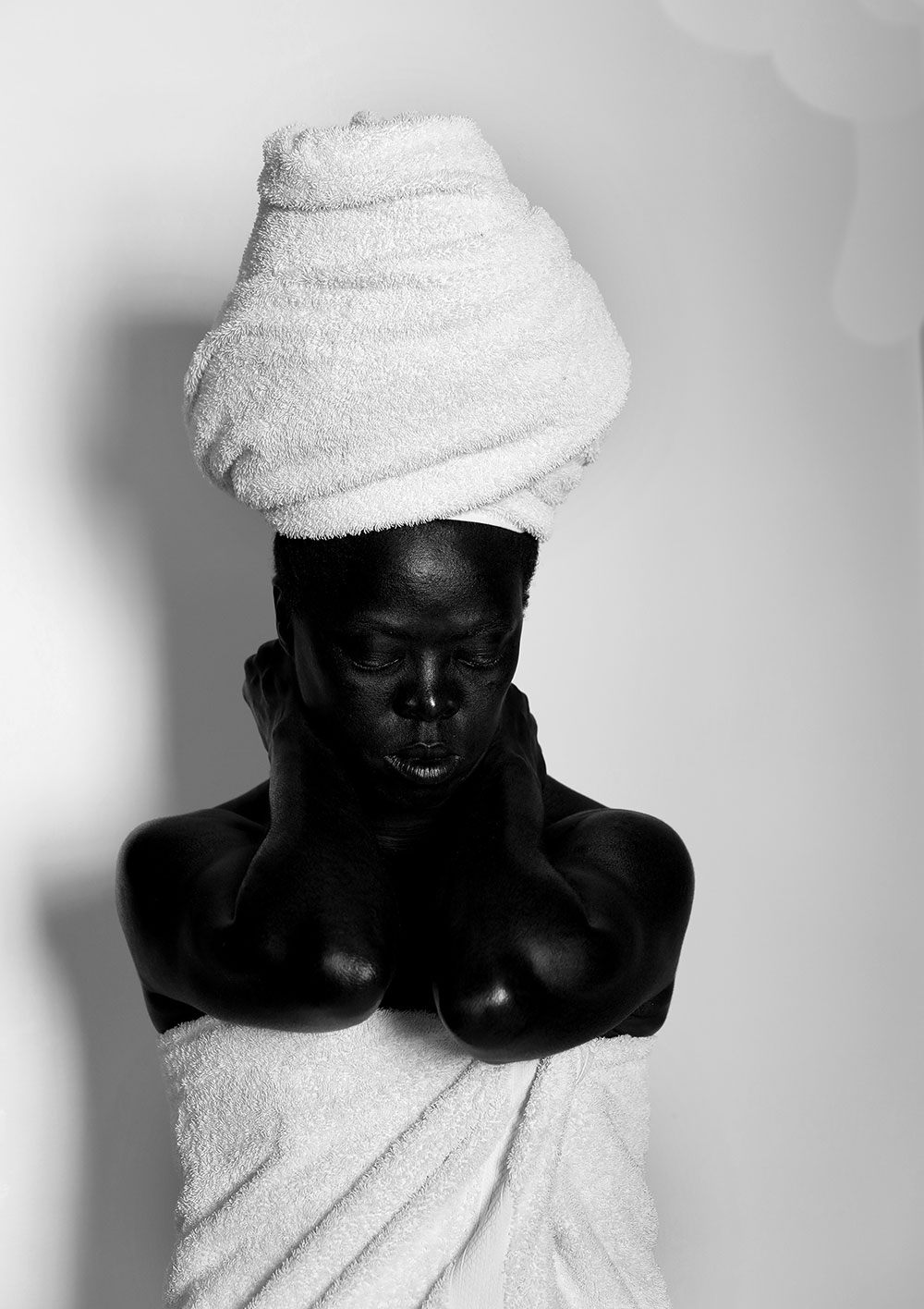 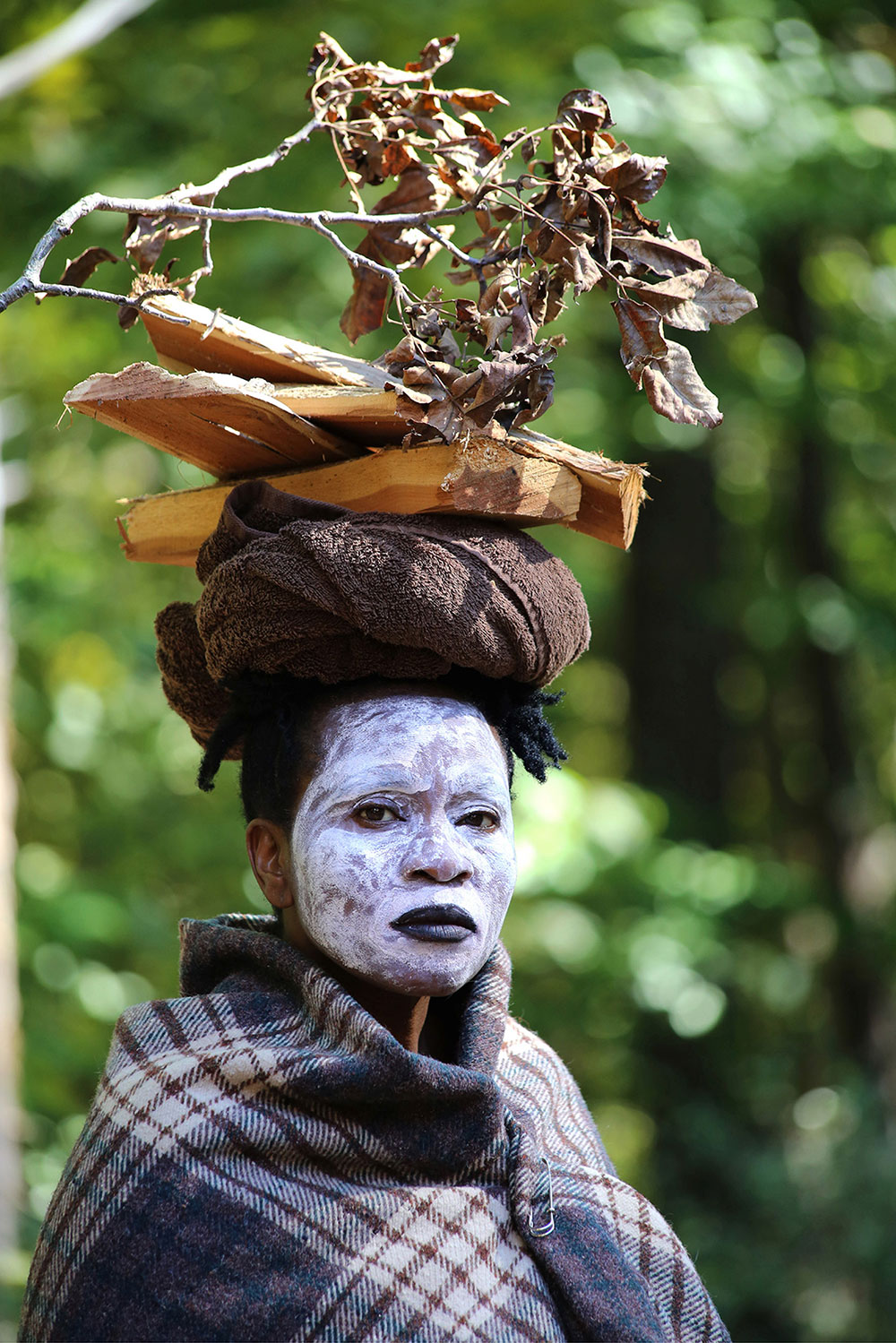 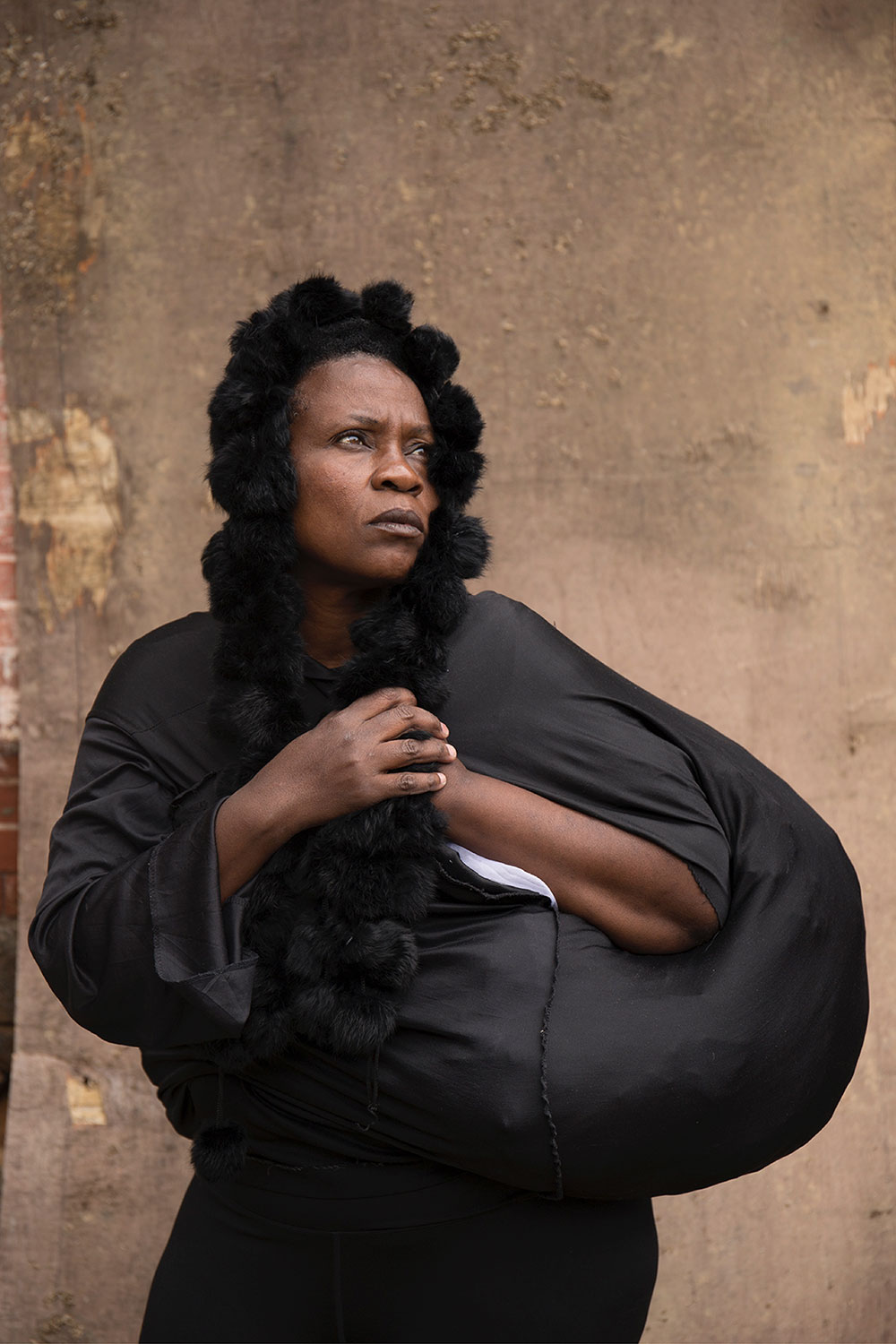 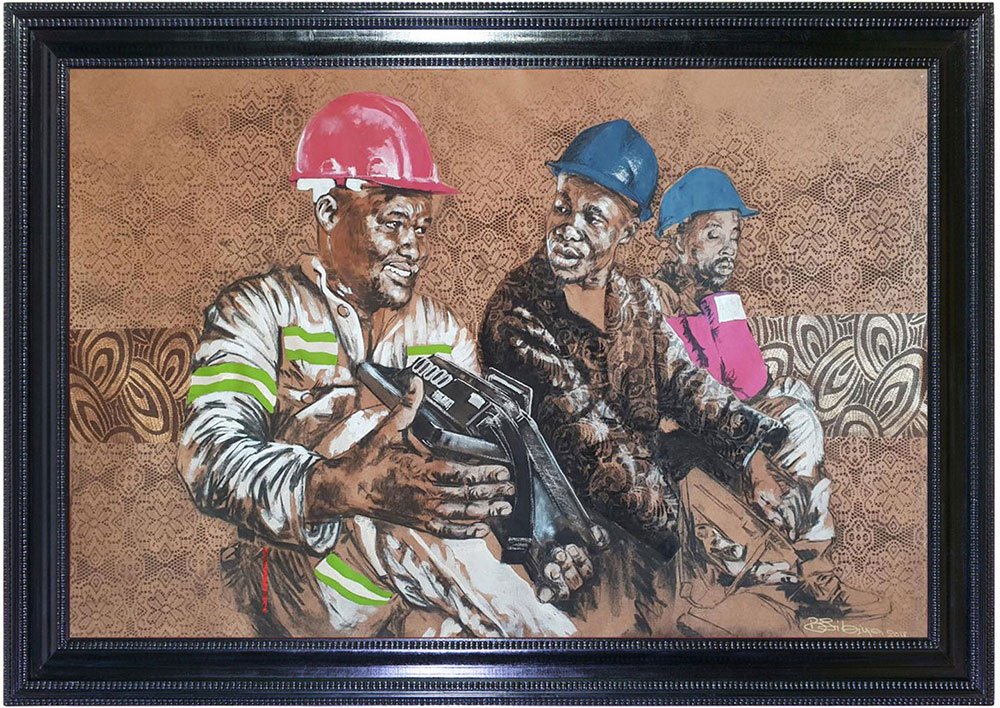 Acrylic and charcoal on canvas