Sekai Machache is a Zimbabwean-Scottish visual artist and curator based in Edinburgh, Scotland. Her work is a deep interrogation of the notion of self. She is interested in the relationship between spirituality, imagination and the role of the artist in disseminating symbolic imagery to provide a space for healing. Sekai works with a wide range of media including photography. Her photographic practice is formulated through digital studio based compositions utilising body paint and muted lighting to create images that appear to emerge from darkness.

Sekai is the recipient of the 2020 RSA Morton Award and is an artist in residence with the Talbot Rice Residency Programme 2021-2023. She recently joined Edinburgh Sculpture Workshop as a board member and works for Scottish Contemporary Arts Network (SCAN) as an Artist Policy Officer. The artist works internationally and often collaboratively and is a founding and organising member of the Yon Afro Collective (YAC).

In her series "Invocation," the artist comments on society view of black women as strong, powerful, brave, angry and difficult while failing to see their humanity or allowing for them to be seen as vulnerable, gentle, open and compassionate like their white counterparts. There are parallels that can be drawn here with the Hindu goddess Parvati and her dark aspect/incarnation of Kali. Symbolically invoking the goddess Kali in this photographic series was a way for her to bring to the fore the contradictions and inherent biases that are present in societies' representations of black women.

The dichotomy between Parvati and Kali reflects the notions of dark and light. Parvati being depicted as light skinned and often golden hued while Kali is often depicted as so dark skinned that her skin often is shown as blue in tone. While Parvati represents the home, fertility, love, devotion, divine strength, power and is seen as gentle and nurturing, Kali is the destroyer of evil forces, goddess of time, creation, destruction and power. Often depicted carrying the souls of slain warriors and animals.

Using colour, form and performative hand gestures similar to the Mudras used in yoga and meditation, Sekai Machache intendes to process these ideas through a figurative incantation. An open palm facing upwards can denote fearlessness and protection while a downward facing palm means charity and compassion. The series of photographs follow a pattern of stages that form a story from the beginning of the invocation to the final meditative pose that denotes a sort of equilibrium and peace. 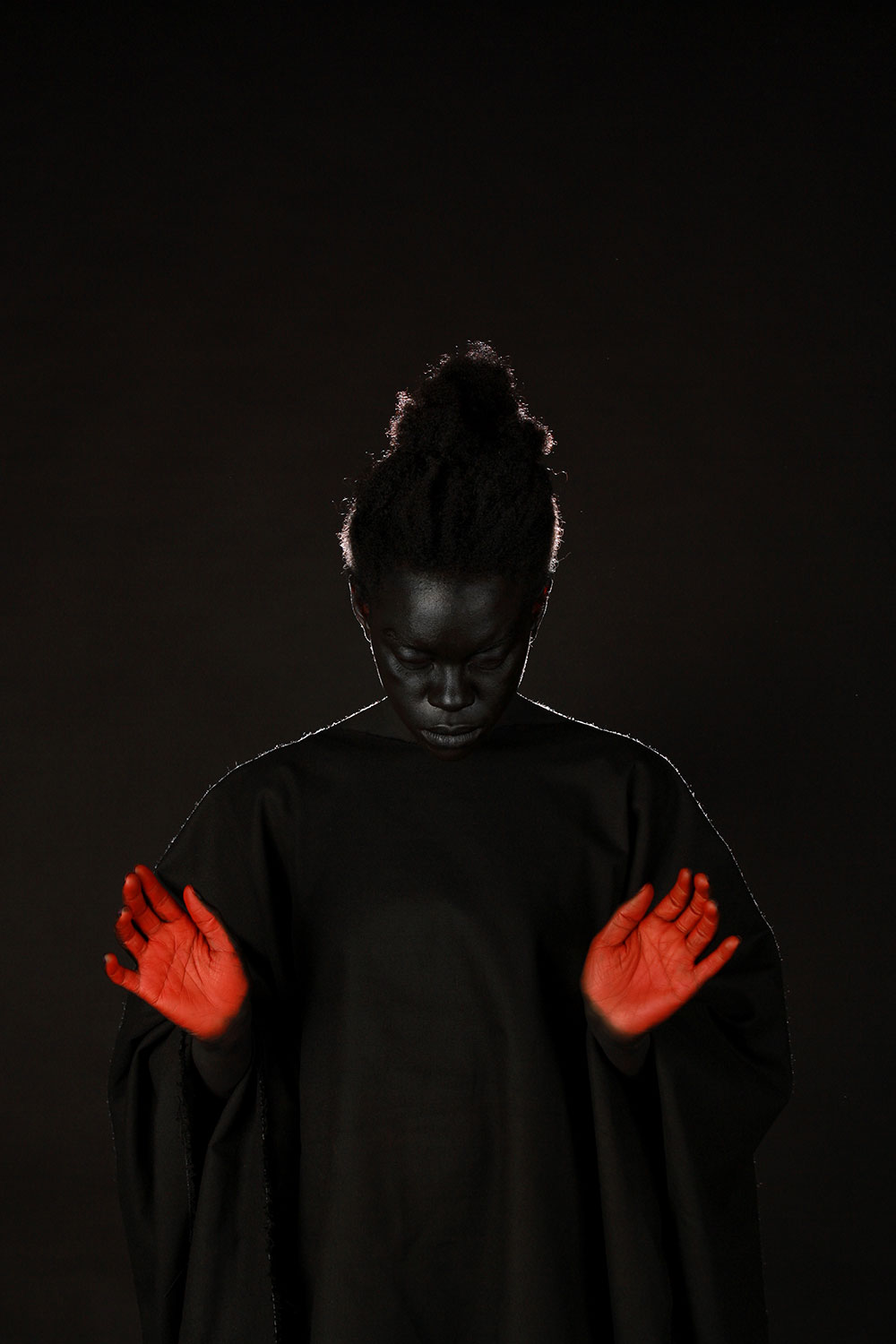 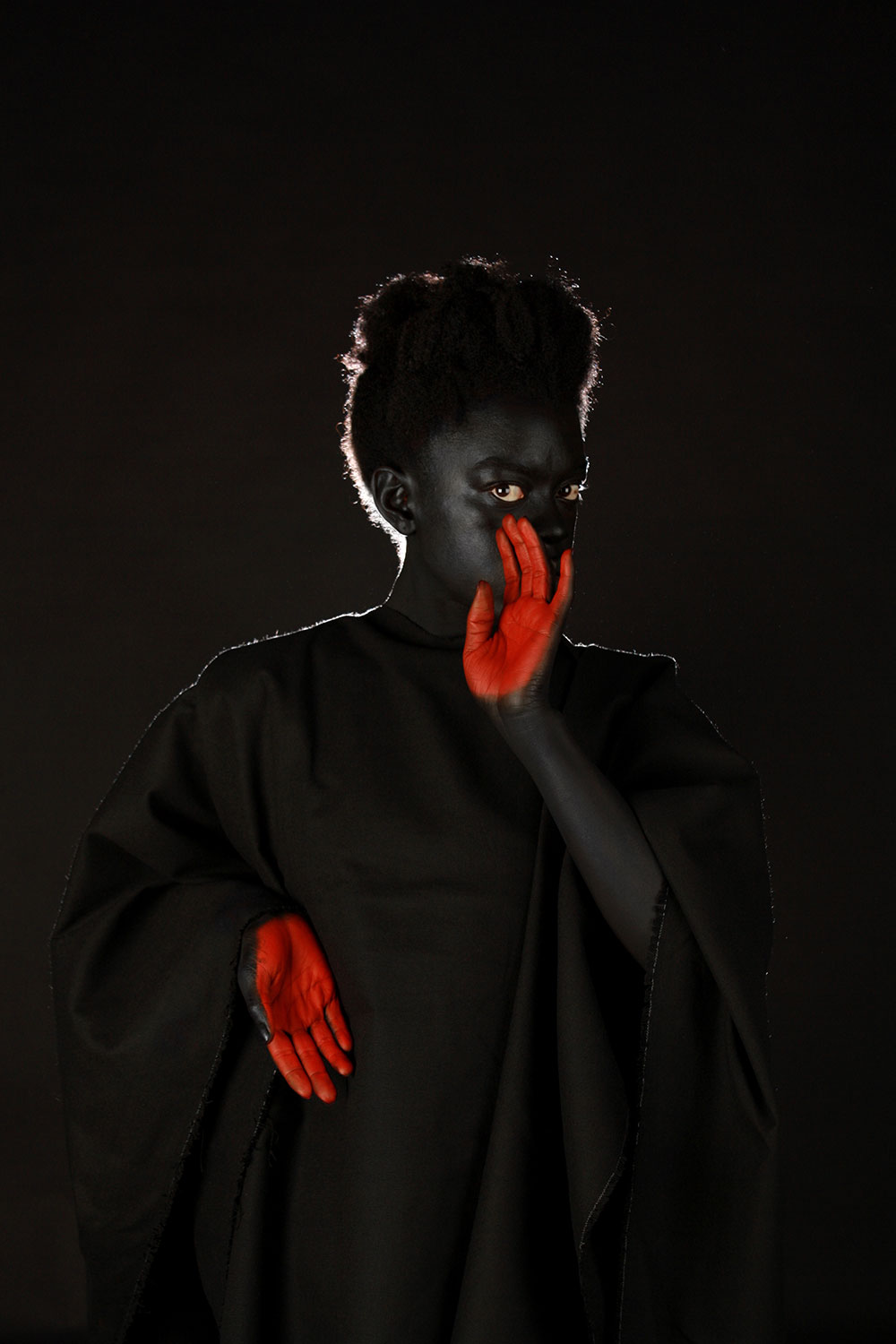 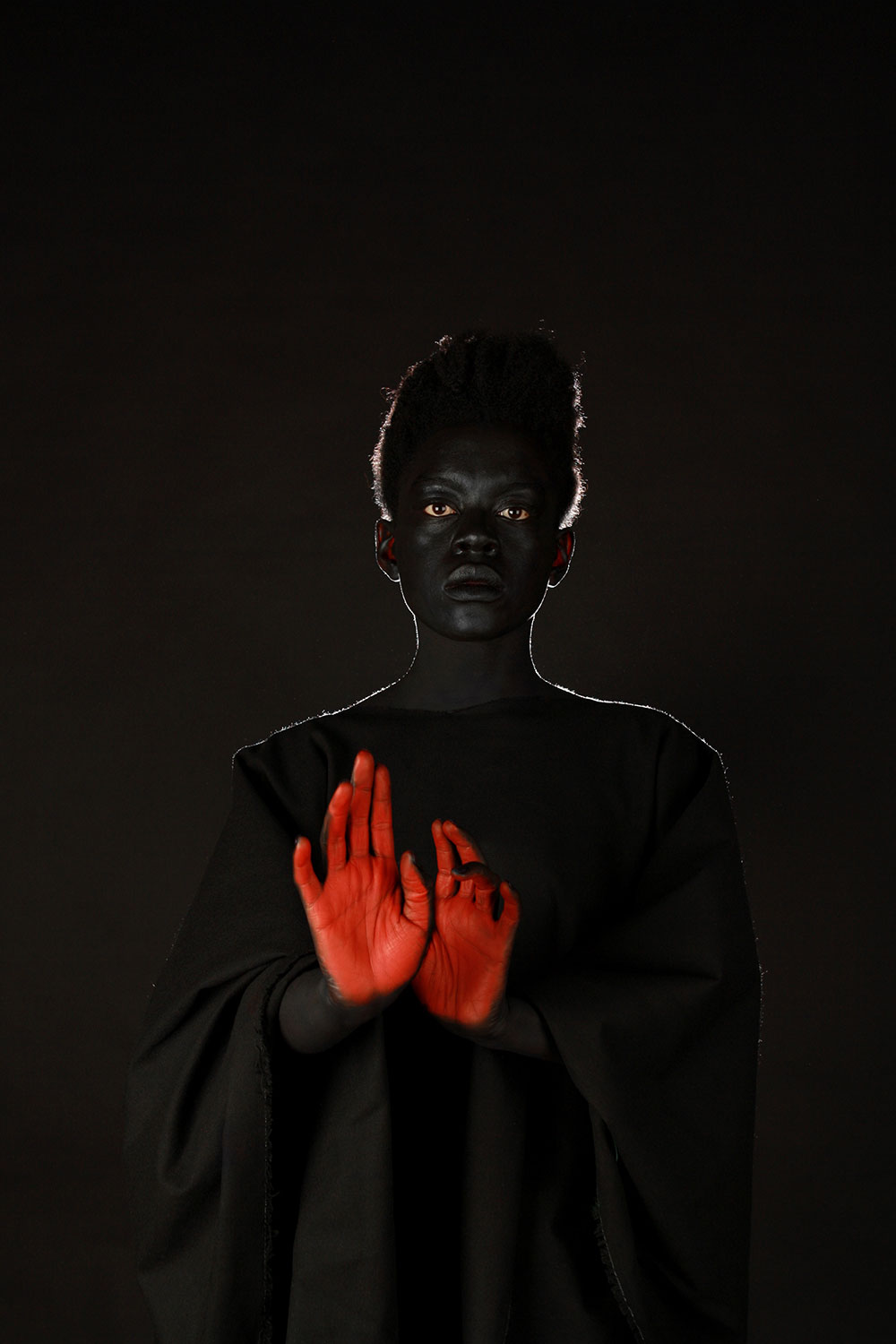 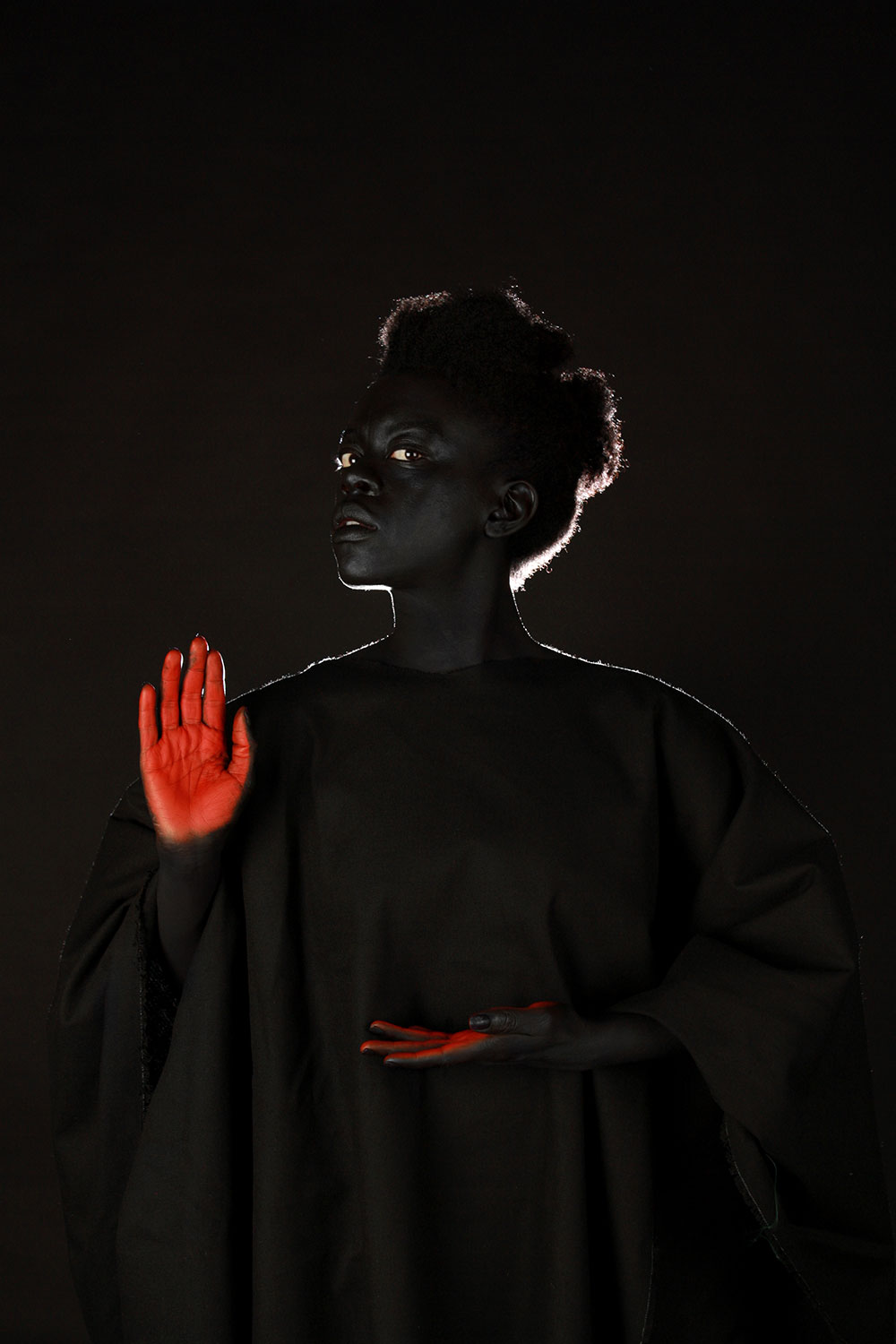 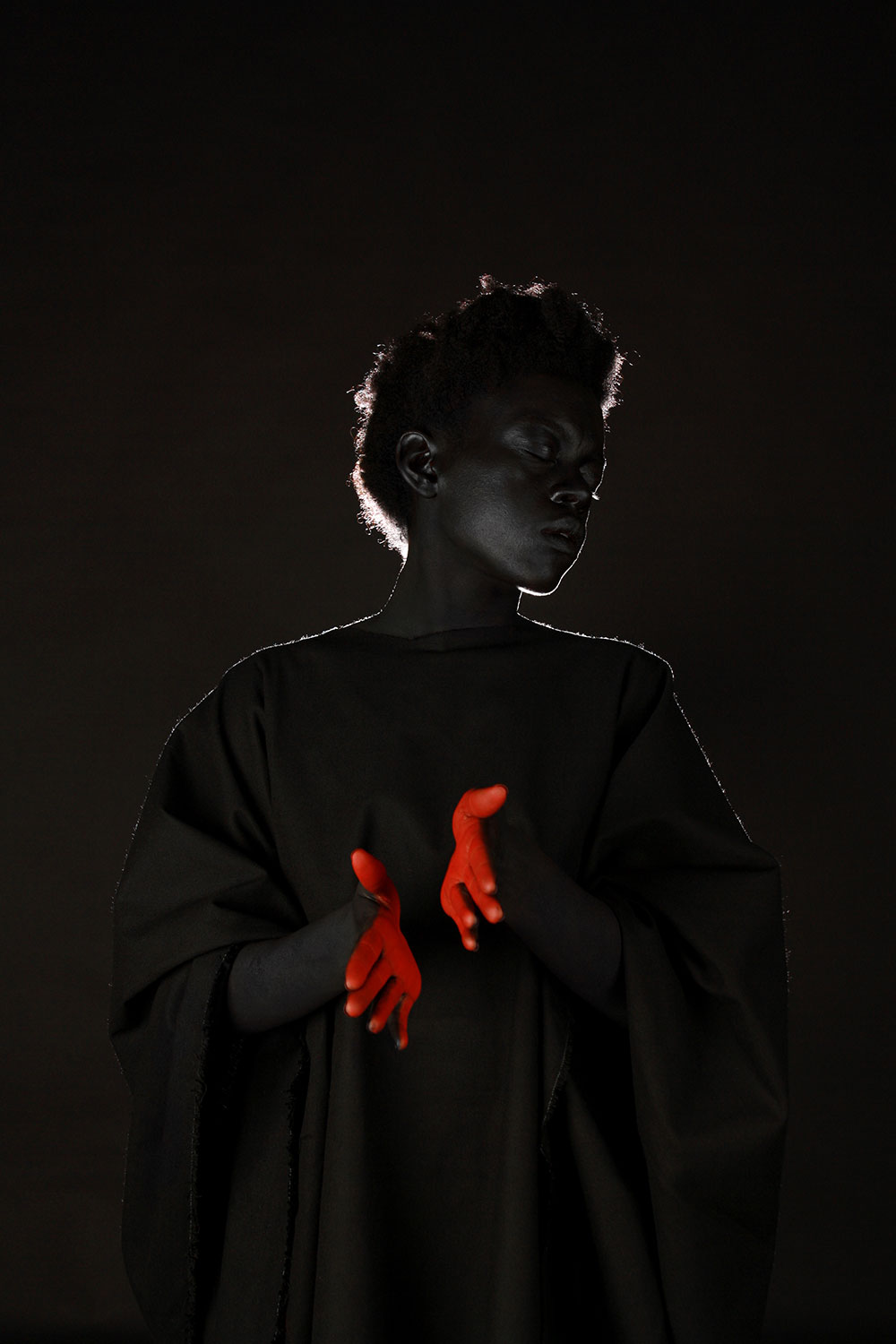 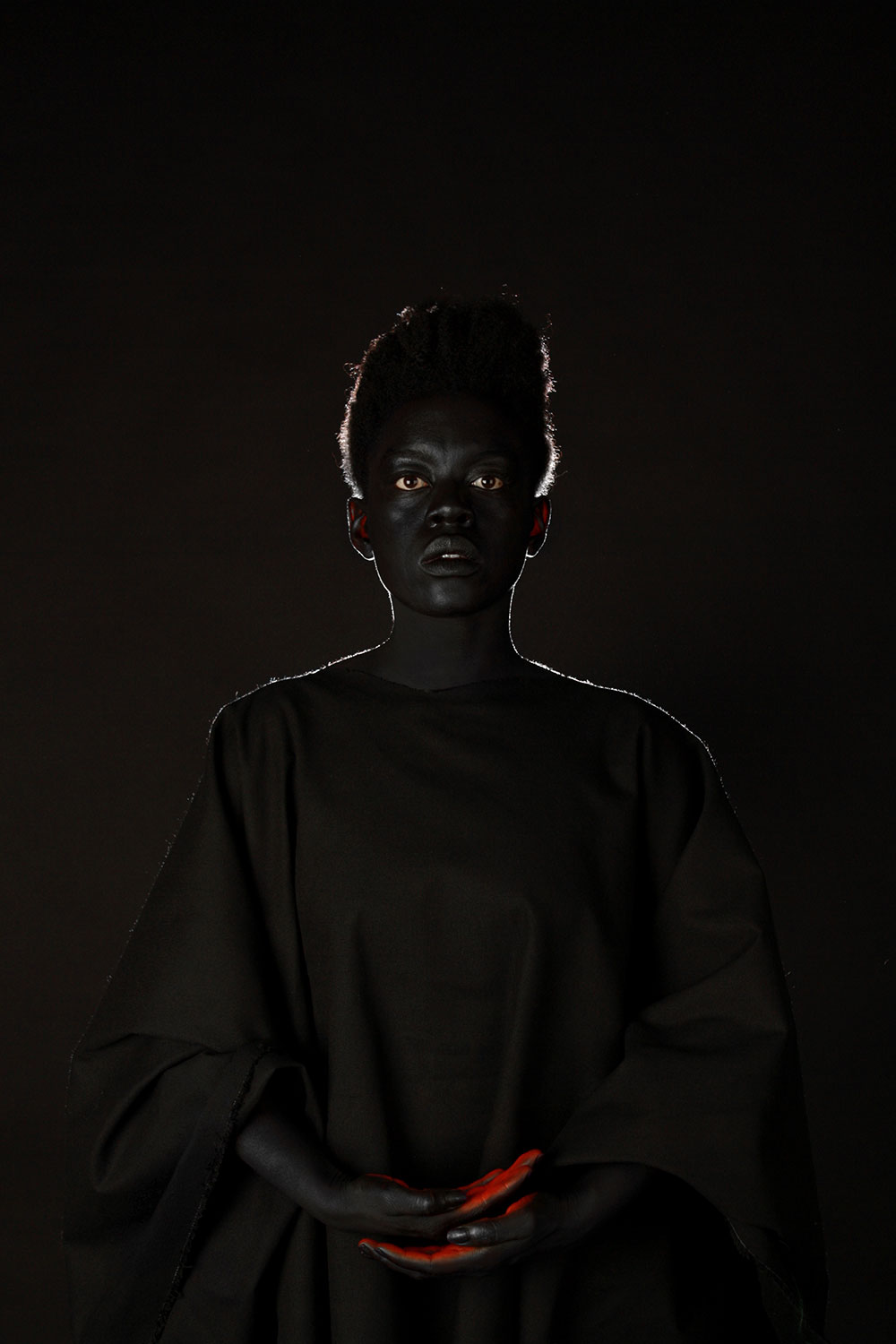