British-Ghanaian artist Adelaide Damoah works at the intersection of painting and performance within the context of colonialism, identity, sexuality and spirituality. After studying applied biology at Kingston University London, her subsequent career in the pharmaceutical industry was cut short following a diagnosis of the chronic illness endometriosis. While convalescing, she dedicated herself to art.

Damoah's current practice involves using her body as a "living paintbrush" to paint or print onto various surfaces. Initially inspired by a desire to subvert Yves Klein's "Anthropometries," in which he directed a group of women to cover their nude bodies in his signature Blue paint and then imprint themselves on white paper, Damoah prints her body onto white surfaces, thereby remixing Klein's original performance through her own identity and encouraging discussion about female representation, feminism, sexual stereotypes and art history. Combining her body prints with found images, text and gold, she also explores her personal family history and Britain's colonial past with Ghana in her work.

Damoah describes her practice as "generating a spontaneous communi(cati)on between myself and an audience using a performance in which I function as a channel by which a recorded history of what was previously known but became unknown in the past becomes uncannily known again in the present, only to become unknown again at the end of the performance. Each of my performances is a mythopoetic product of organic processes which depend not only on the different modes of my body's sensory perception of unambiguous (i.e. explicit and literal) and ambiguous (i.e. implicit and metaphorical) processes and events taking place in my multisensory perceptions of the sensible world; but also on the individual (mental and bodily sensory) and collective (cultural) memory-images I derive from both these different modes of perception and my diasporic experiences. " 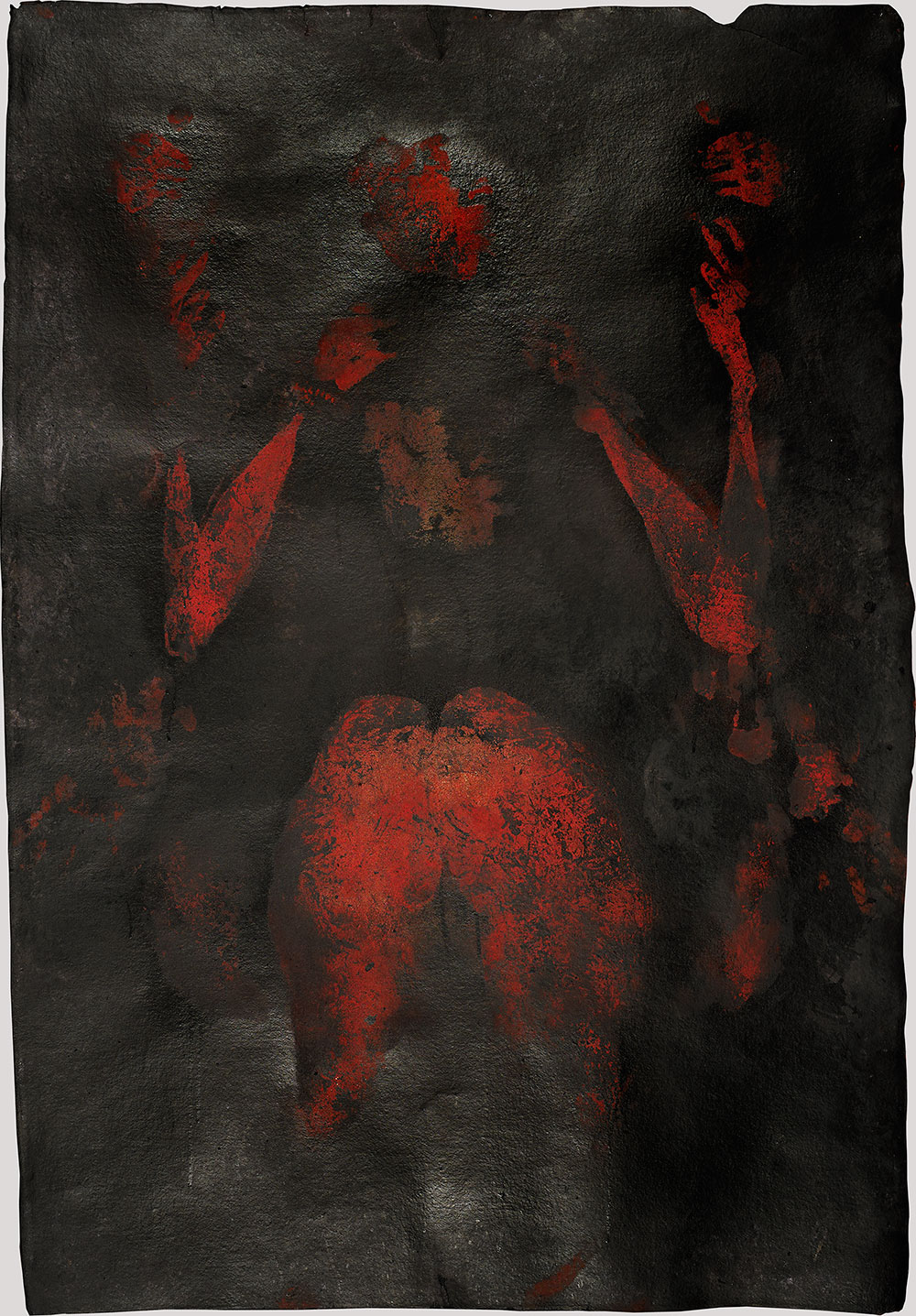 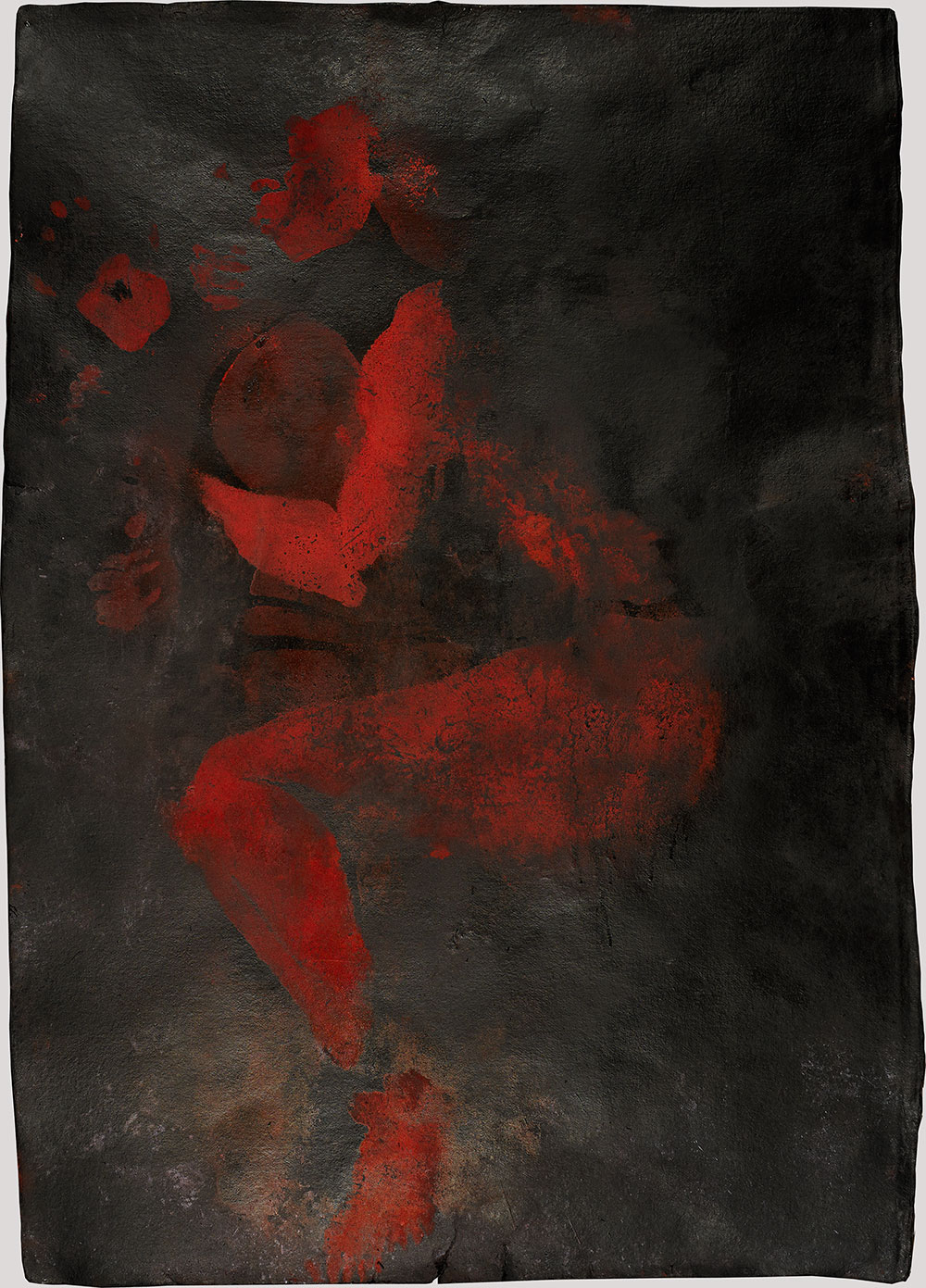